Most photography uses breakneck shutter speeds, only allowing light into the camera for a fraction of a second, but when longer exposures are used, there can be some remarkable results. Static objects are revealed in heightened detail, while anything moving becomes a blur.

Long exposure photography can be turned to any number of subjects, but there are some areas where it produces particularly impressive images. At nighttime, long exposures can reveal things invisible to the naked eye, while moving lights become streaks and trails. Images of water have a strange mist-like appearance as the liquid motion is blurred.

The technique of ‘light painting’ is the use of a long exposure while moving light through a dark scene, recording the light source’s path, or shining light onto objects in the frame to highlight them. This post collects 30 examples of amazing long exposure photographs to astonish and inspire.

The long exposure used to capture this waterfall at Jasper National Park in Alberta results in a creamy softness of the cascading water in contrast to the stillness and clarity of the rocks. 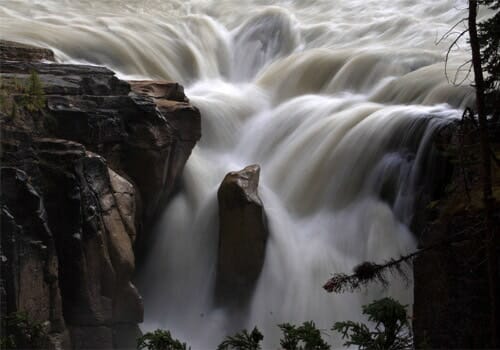 Photographer Paulo Brandão used an exposure of 124 seconds to allow the camera to capture the ghostly light playing upon snow and trees in a forest at night. The picture was taken at Orense in Galicia, in northwest Spain. 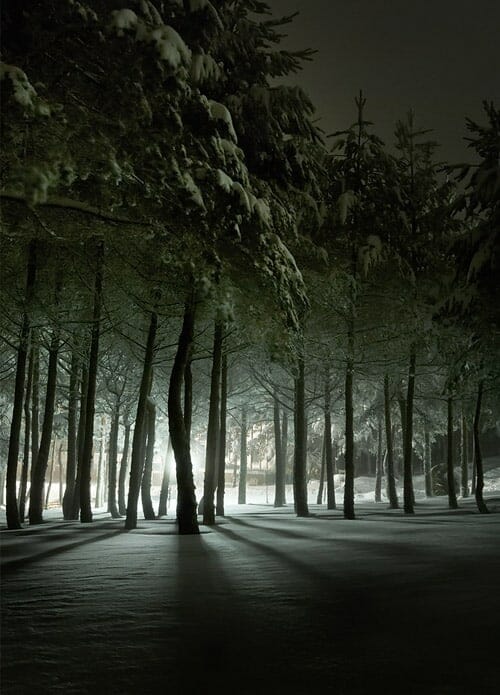 This stunning image captures the bright lights of downtown Atlanta by night, with streams of traffic flowing past illuminated skyscrapers. 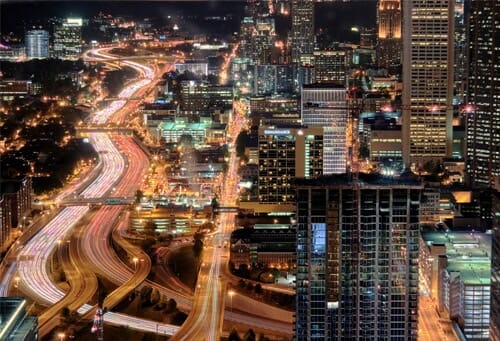 This gorgeous sunset over the Mediterranean on Andalusiaos Cost del Sol was captured on a Nikon D80 with an exposure of five seconds, creating the delicate fluff of the blurred waves and the deep coloration of the sky and clouds. 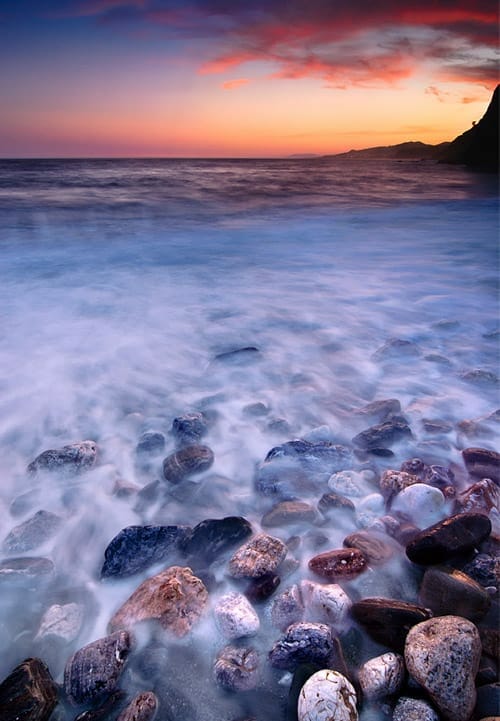 A 15-second exposure was used in for image of a Zippo lighter being struck, picking out the metallic detail and the trails of sparking flint. 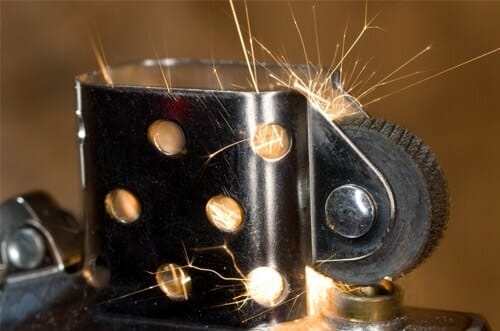 Under the Milky Way

This beautiful image was achieved with long exposure to capture the stars of the Milky Way, and glowing atmospherics of the sky above Nevada’s the Black Rock Desert. 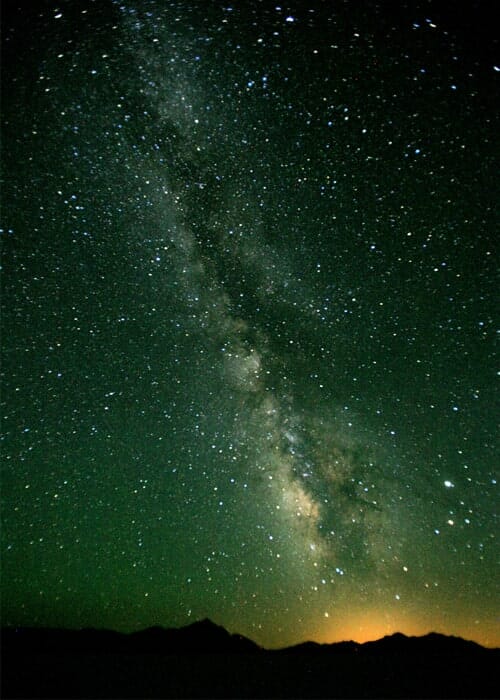 Lightning on the Columbia River

During a thunderstorm, a long exposure may be used to capture the moment of a lightning strike, such as this excellent shot of an electrical storm over the Columbia River at Astoria in Oregon. 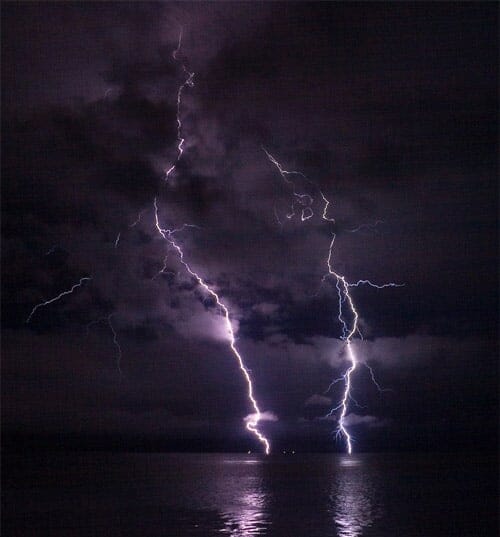 This image captures an intense fireworks explosion of color and light, the trails of the flames shooting into the night sky, and reflected in the water below. 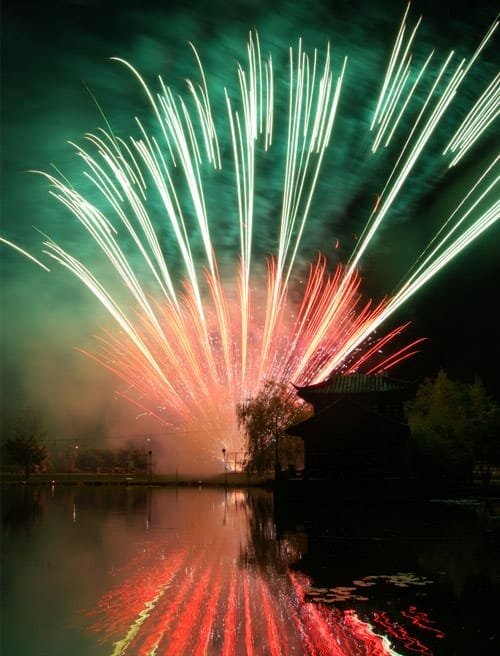 The photographer achieved this intriguing image by training an ultraviolet light on a deathstalker scorpion and using a long exposure, revealing the detail of the creature’s armored body. 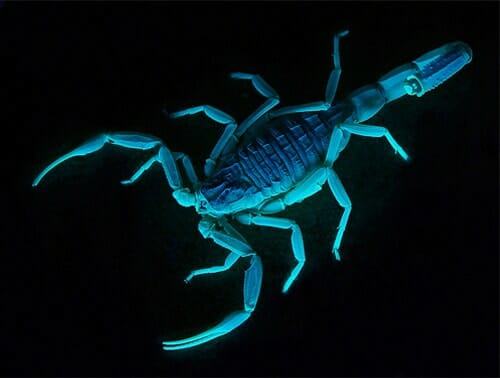 A long exposure shot of the night sky reveals the motion of the Earth by tracing the movement of stars, with the trails revolving around a point above the planet’s axis. In this image of a rural ruin, we also see the bright orange ambient light illuminating the atmosphere that would be otherwise invisible to the naked eye. 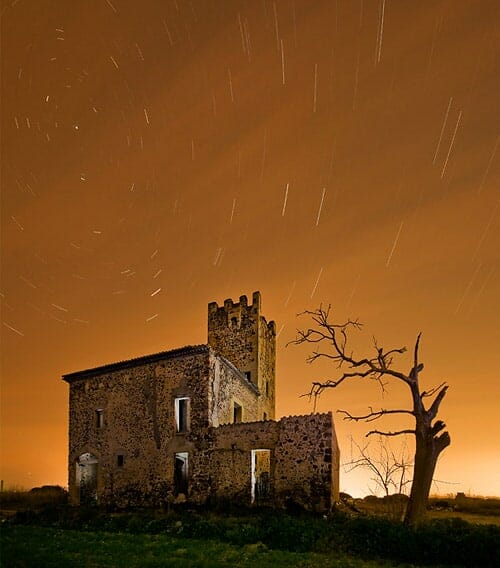 This magical-looking self-portrait was captured with an eight-second exposure. The flash was placed inside a spherical glass lampshade, and after it fired, the photographed moved in front of the camera and painted light on his face with a torch, creating the ghostly blur to the right of the image. 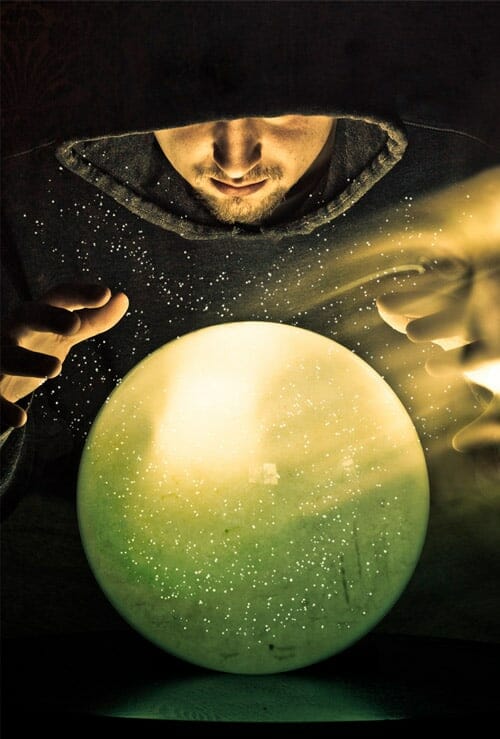 You Will Never Forget

The long exposure used for this image emphasizes the gaudy neon colors in New York’s Times Square and the blurred motion of traffic and people in the bustling street. 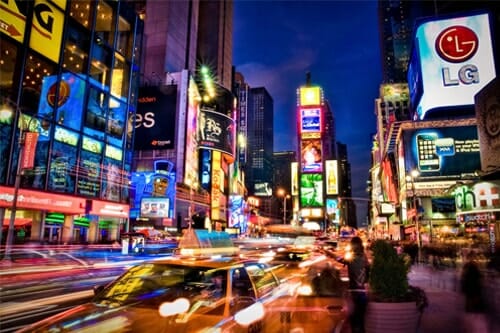 This is another photograph of New York, this time of the Brooklyn Bridge, with the lights of the streaming traffic warmly illuminating the heavily riveted girders. 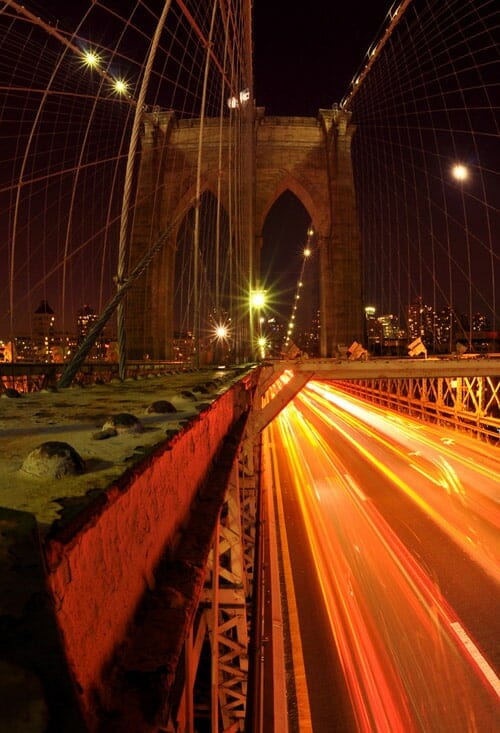 This brilliant shot shows the motion of the stars in the sky above Nepal over one hour and 15 minutes. 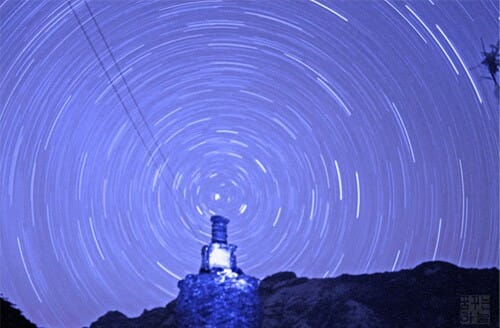 Setting a long exposure and then tossing and spinning the camera with the shutter open produced this fantastic photograph. The trails of light create a spectacular form of geometric abstraction. 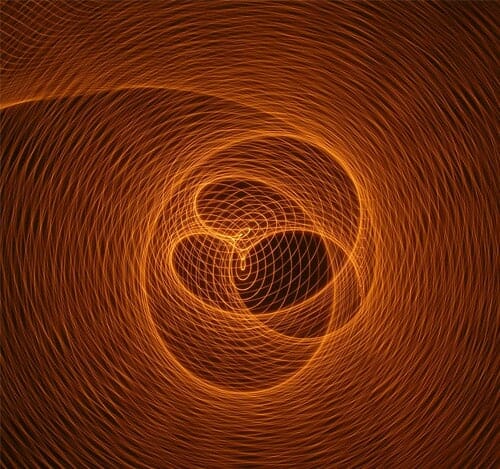 The motion of surf at the water’s edge becomes almost smoke-like in this beautiful photograph of the Costa Daurada at Salou in Catalonia. 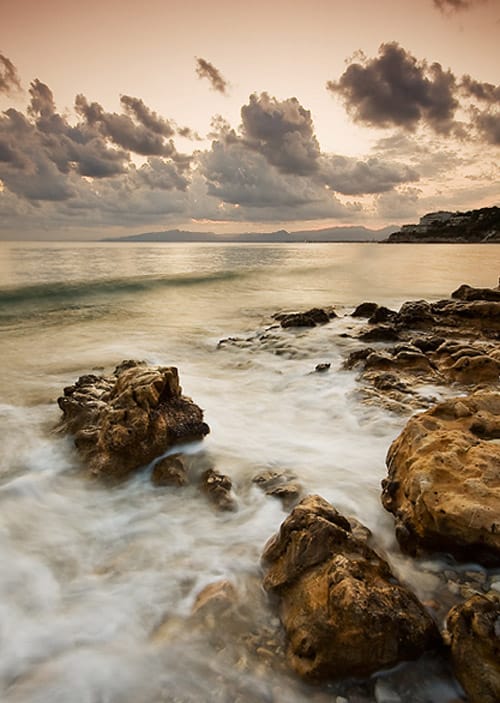 I Hate Rainbows! It’s a Curse!

This impressive piece of light painting was made by leaving the shutter open and then tracing an ark with a torch and then popping the flash to reveal the modelos features. 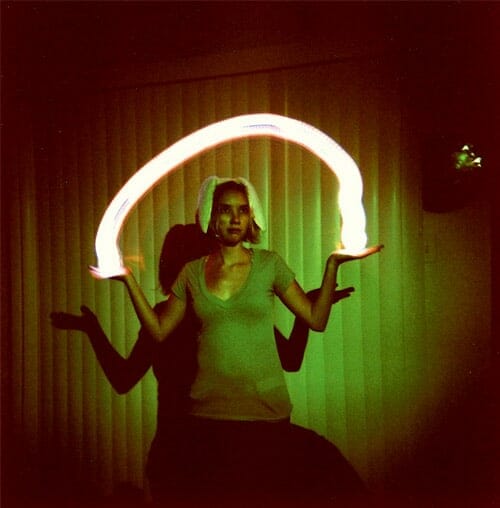 Light and motion are excellent subject material for long exposure photography, so fairground rides offer plenty of potentials. This image was captured using an eight-second exposure, with the rides becoming discs of solid-looking light. 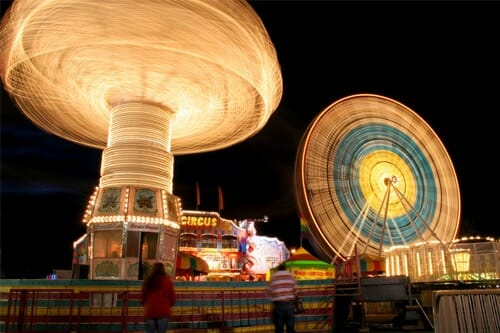 The streets of Sao Paulo have the appearance of burning light below the stable forms of tower blocks in this fantastic image. 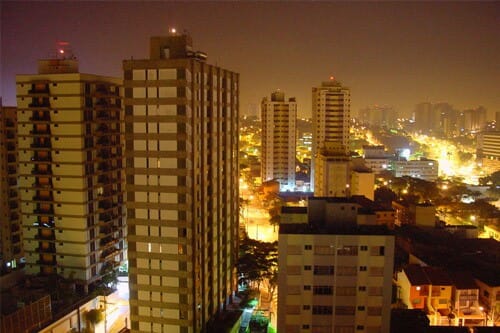 Another image where funfair rides become wheels of bright light, with ghostly people moving through the crowds during the Queen’s Day celebrations in Amsterdam. 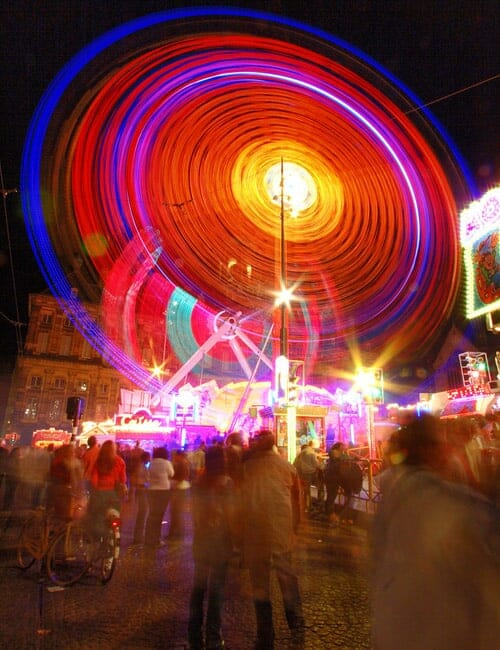 This explosion of light and color was made by outlining the models with rainbow sparklers, with visually electrifying results. 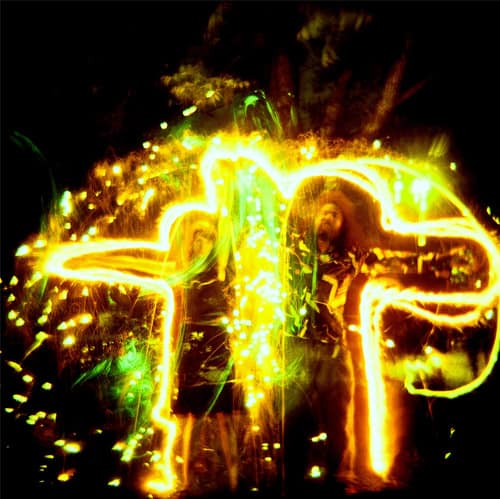 This image shows star trails in the sky above the English woodland at Abinger Common. The stars were recorded for about an hour and a half, and the trees and bushes were painted in with torchlight. The white streaks in the lower part of the sky are the paths of passing airplanes. 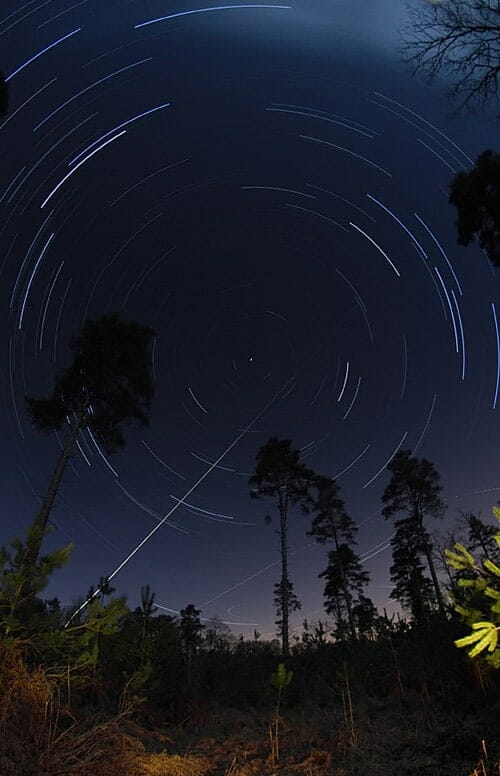 This magnificently detailed long-exposure cityscape captures the bright lights of Manhattan, with the sparkling Art Deco shape off the Chrystler Building glowing brightly in the middle of the image. 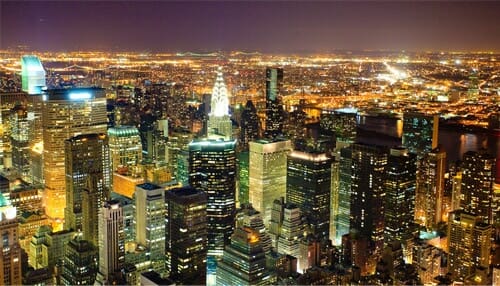 The white headlights and red rear lights of traffic traveling on a motorway through Franche-ComtȦ in eastern France emphasize this compositions dynamic perspective. 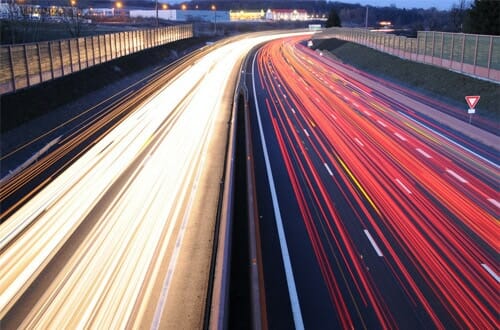 The ethereal, misty quality of the flowing water, the subtly contrasting orange and blue tones on the stone gardens forms, and the glowing warmth of the plunge pool all combine to create a peaceful, tranquil ambiance to this image. 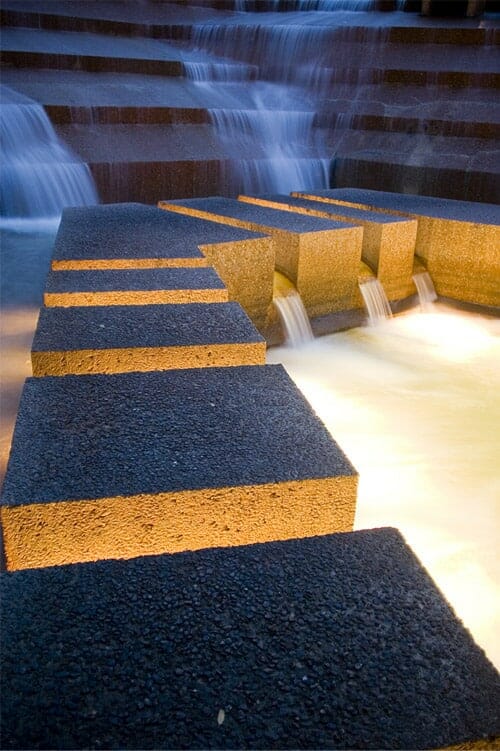 In this image, a 15-second exposure revealed the paths of cars on the streets, while a slightly fish-eyed lens emphasizes the lines of perspective, all creating a pleasing sense of depth. 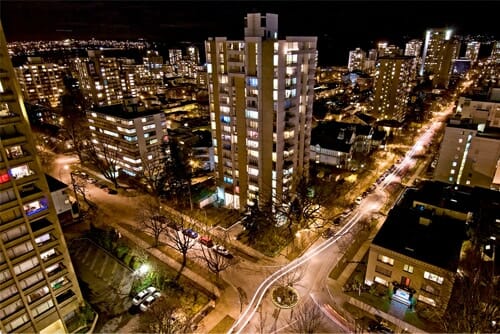 A superbly executed piece of light painting across a lakeside veranda and the subtle evening colors make this image a truly sublime piece of long exposure photography. 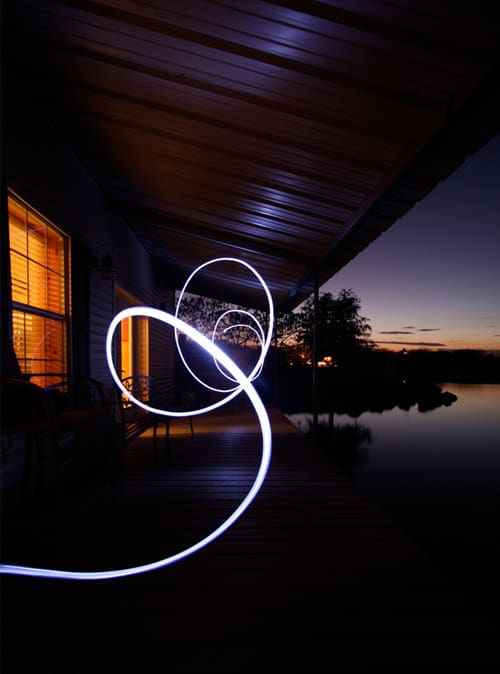 The weird shapes of an old house and leafless trees are set against the creamy texture and warm tonality of an evening sky in this photograph. The house was built in 1903, in Summerland, British Columbia. 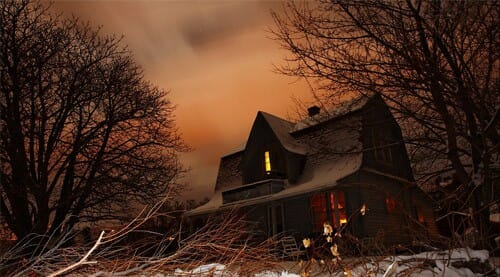 Dappled in the morning light, the motion of a stream becomes a misty blur as it cascades over boulders in the Californian woodland of Swanson Creek. 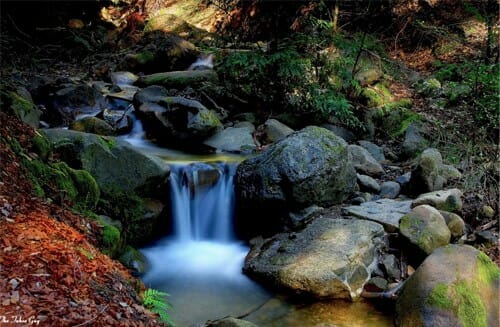 To achieve this breathtaking piece of light painting, a lump of burning super fine wire wool was spun and recorded with a long exposure, another incredible example of this type of photography. 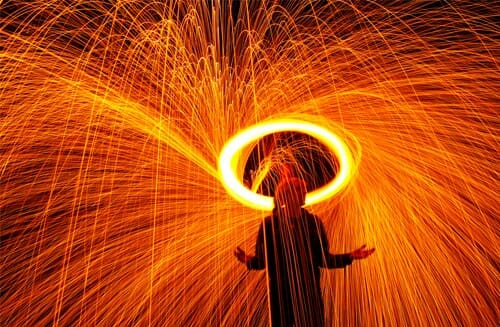 A Showcase of Creative Gig Posters

20 Examples of Subtle Patterns and Textures in...

How Can the Web Give a Company a...

A Collection of Inspiring Office Artwork