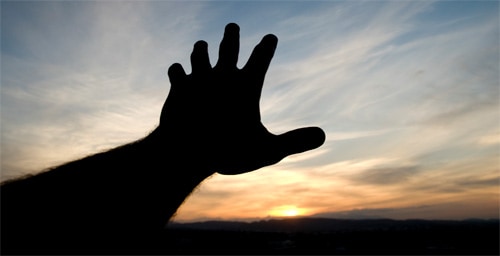 There are several articles on the internet about problem clients. You’ve probably read a few of them, I’ve even written one. Yet, when was the last time that we bothered to think that maybe we as designers and developers; assisted a client in going from “Problem Client” into “Client from Hell”? So instead of throwing fuel on the fire, let’s look at some ways to improve client interaction.

Engage With the Client.

Engaging with the client means being personable. That doesn’t mean you have to go to his son’s baseball games but show a genuine interest in what they have to say. Actively listen to the client and make small talk when not talking about the project. Your goal in this part of the game becomes the client’s freelancer. You want to be his freelancer. You want the client to feel as if you care about them, and hopefully, you do unless you are a robot.

Empathize With the Client

By putting yourself in your client’s shoes, you’ll be able to identify problems and engage more with the client. Start thinking of them as humans instead of how you feed your Apple addiction. When clients see you genuinely care, they become more receptive, making it easier for you to make suggestions that get discussed instead of looked over.

Some freelancers feel that it’s bothersome or just plain unprofessional to show uncompleted work. While it does take a bit more time to complete design, the amount of buy-in that the client has in the project at that point is immense. Allowing the client to take a peek and make suggestions, get them into being more comfortable with you, and the project in general. The client feels as if they made the design as they shaped it. I build the “it’s my baby” aspect of the project. If you are worried that you’ll lose control of the project, don’t fret, you can shape the client’s feedback by asking probing questions.

Any way you cut it, freelancers don’t ask enough questions. By asking questions, actively listening to the client, and empathizing or empathizing with a client, you gain buy-in and acceptance. The more intriguing and thought-provoking your questions, the more you will learn about your client and project. Of course, that will only lead to a great plan, a happy client, and repeat business. That is what you want, right?

You may be able to program a jQuery plugin quicker than anyone within a 100-mile radius, but that doesn’t mean you can skimp when it comes to being humble. Practicing humility will set you apart from other freelancers without this valuable trait. The hardest part about being humble is if you think you are humble, sadly you are not.

Be an Effective Problem Solver

When a client comes to us, they have a problem. It could be that they need a website, search engine optimization, or branding. They have the problem, and it becomes our job to solve it effectively. By design, we are a creative lot, so problem-solving comes very easy for us. Strive for the simplest solution to the problem, as those have the highest success rate of client integration. As long as the problem is solved with the client’s well-being in mind, then the problem has been addressed effectively.

Does the client need to know how to call a PHP hook from within the loop in WordPress? No, but they will need to understand what they are paying for. Educate the client on the look of the design, explain some of the science behind end-user psychology, or tell the significant differences between the content management systems that you are trying to decide on. Like before, if the client can mentally invest in the project and design, then fewer objections rise during the revision process. Don’t go into geek overload and explain the color theory; even I can only handle that after a cup or two of coffee.

If you have a great client on your hands or even if it is a so-so client, it’s still miles beyond a “client from hell.” Let them know you appreciate them. During the project, give them a custom Twitter background that matches their final design, and early payment discount, or some other little freebie. It’s virtually no cost, and clients love it! Also, giving them a shout-out on their social network of choice, sending them a thank you card after the project is over, or during the holidays goes a long way with clients. Who doesn’t like to be appreciated?

Have a Good Contract

Believe it or not, having the details of the project laid out in a clear and easy to understand format not only makes it easier for you but also for the client. Contracts give the client a sense of security and give you an air of professionalism. It takes some of the guesswork out of the project. The client knows what’s expected of them and what’s expected of the designer. Couple this with a well written professional looking proposal (you can even use an online business proposal tool to make them), and there should be little ambiguity. Plus, if for one reason or another, the whole project goes belly up, then both you and the client have a course of action.

Don’t Be Afraid to State Your Opinion.

The hardest freelance lesson to learn is learning when to state your opinion. If the client is wrong about something, say so. They will appreciate the honesty. Just be ready to point out the error and have a solution ready to go. There’s no sense in pointing out a mistake only to not have an effective plan of action. Don’t shoot holes in an idea, only to have nothing to patch it up with. Also, be ready to admit when you are wrong should the client call you on something too.

A great man named William Bernbach said, “Nobody counts the number of ads you run; they just remember the impression you make.”. When you interact with a client, inject your personality into the conversation and project. If you are acting contrived, the client will know. The client will most likely copy your tone. Ever heard happiness is contagious? Be genuine, by displaying your passion for the project and your craft; the client will share their enthusiasm as well.

The best way to ensure client interaction is to communicate effectively. Following some of the suggestions given above will put one on the straight-and-narrow. Be sincere. If you’ve done your job correctly, then the little things that you have done (the suggestions of this article) will add up. In the end, its all about value-added to the client and the project.

Tips on How to Become a Technical Writer...

5 Simple Steps On How To Figure Out...

Freelance Fever: How To Spot (And Use) The...